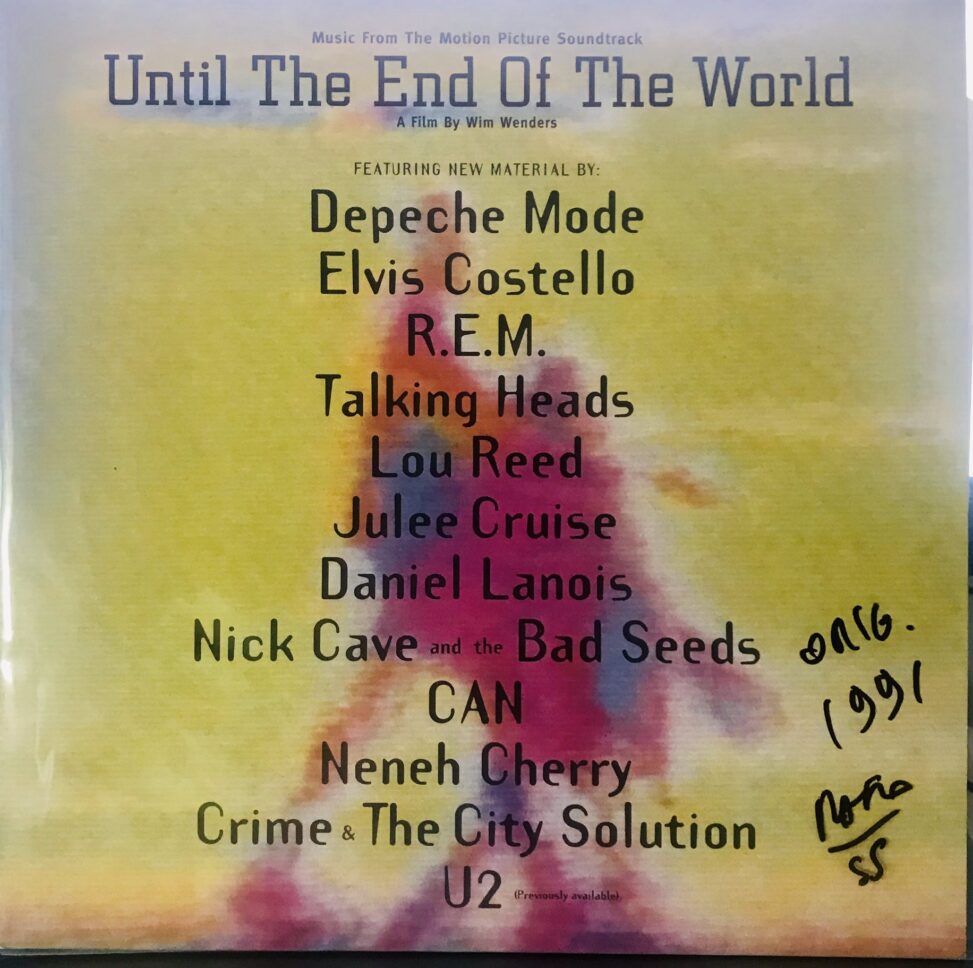 Vinylcast #36: Until the End of the World

On Sunday I resumed my vinylcasting on #ds106radio after having made a bit of a score. I picked up a bunch of great albums which inspired me to return more regularly to playing some vinyl on the radio.

The first album I choose was the soundtrack to Wim Wenders‘ scifi road movie Until the End of the World. The album is chock-full of good tunes with everyone from Neneh Cherry to Lou Reed to R.E.M. to Depeche Mode, etc. In fact, you could argue the soundtrack was better received than the movie 🙂 In fact, during this vinylcast I took a bit about the films reception, the various versions of the film subsequently released, and its garnering greater appreciation in the decades since its 1991 release.

The soundtrack is also interesting in that most folks probably listened to it on CD given in 1991/1992 when it was released the compact disc was increasingly more ubiquitous and affordable. I had the CD in 1992, and one of the things you immediately realized after getting the vinyl is that there are quite a few tracks “missing” that were included on the CD, which highlights the brave new world of digital and more content!

In this vinylcast I play through the album and then also include the songs included on the CD, such as a few of Graeme Revell‘s tracks from the film score, including Patti and Fred Smith, T-Bone Burnett, and Jane Siberry. I also mention this soundtrack really highlights a moment in my life in which the entire course of my future changed in a few short months in the name of love. We all have our stories in that regard, and this is definitely one of them for me.