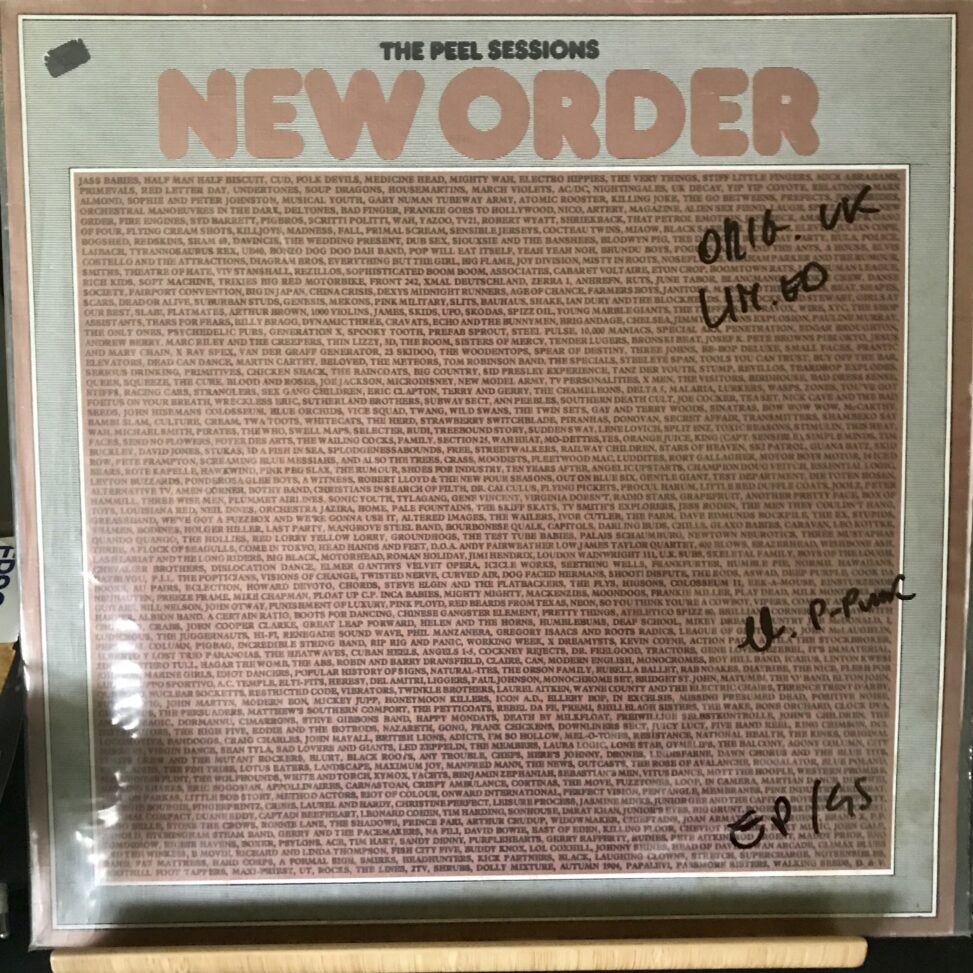 Another #vinylcast in the can, this one did not come easy, but it was fun. I played a bit with the green screen in OBS, multiple shots from the Stream Deck, etc. but more of that in a separate post. For this #vinylcast we hear New Order in a transitional moment between the ambient, post-punk sound they defined with Joy Division to the beginnings of their new wave dance sound that would make them icons of the 1980s sound.

One of the cool elements of this vinyl, which is a 45 and only has 4 songs is that there is a list of the Strange Fruit back catalogue listing all the various bands that John Peel had on his sound defining BBC Radio 1 show.

The actual radio show was two hours long given after the vinylcast I jumped on air with Scottlo to talk all sorts of madness, but I spared you the gory details in the video below, but the audio has the entire unadulterated “show.”