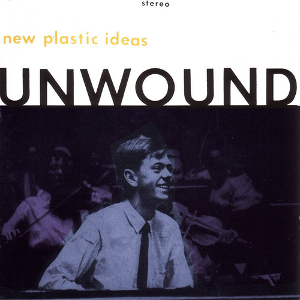 After lunch I'll be doing a #vinylcast of another Unwound album (The Future of What) along with some band stories from April 5, 1994: the day Kurt Cobain died. Should be on #ds106radio about 2:30 PM CET if the stream is clear: https://t.co/DQNyRE6sLp pic.twitter.com/NnPYbvv7Kg

I was inspired to do an impromptu #vinylcast on a gorgeous Sunday afternoon after dinner upon learning that today was the 26th anniversary of Kurt Cobain‘s death. I was reminded of something I had read in the Domino Records re-release of all of Unwound‘s albums from the 1990s, so dug out New Plastic Ideas from 1994 and spun an album from my favorite band of the 1990s, the Pacific Northwest’s own Unwound.

This was one of my very favorite album’s from this band, particularly the songs like Envelope, Abstraktions, All Souls Day and Arboretum. But the reason I was inspired to play the album was the story in the Domino Records collection that talks about Unwound playing a semi-trailer to 30 people on the day Cobain died, and the framing the author does to suggest this was the moment this main was forged in the fire of a scene—and its aftermath. It’s a pretty awesome passage, and I read it in its entirety.

What was wound now playing – or the inexorable march of #ds106radio Tune in and turn on to Unwound: https://t.co/vXRNHb42Qc pic.twitter.com/aPzr1QaVZe

After that I read from the liner notes and just rocked out and blogged while side 2 played out. I do love the vinylcast approach to #ds106radio, and I think the fact this is number 19 in just over 4 weeks speaks volumes 🙂

On last detail I forgot to mention during the #vinylcast was that I recently learned that this album was the soundtrack of a 20 year old Chloë Sevigny, which makes me feel kinda cool given that was the case for a 23 year old me. And to think while she was acting in Kids she was also digging on Unwound.