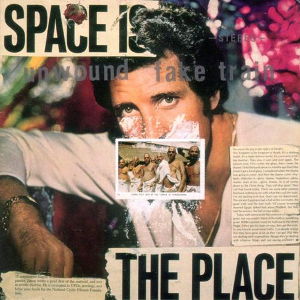 After a weekend of rest, Antonella and I got another for more radio. It is a welcome break to the day, and talking through our experience has been both fun and damn good therapy!

It’s arguably my favorite album by this band, and it is agonized and raw, and the influence of Fugazi and Sonic Youth is everywhere. I have the Domino Records re-release of all of Unwound’s materials, and this #vinylcast features readings from the booklet that came with this collection.

Now playing on #ds106radio, replete with reading from drummer Sara Lund’s introduction to this era of Unwound – Space is, indeed, the Place! pic.twitter.com/VBxcHZQ7hq

From the remote mountainside studio in the Italian apps comes Unwound on the international radio waves all over the #ds106radio pic.twitter.com/WPdZboH8A9

“If International Pop Underground and Nirvana were originally responsible for putting the local scene [Olympia] in the spotlight, it was riot grrrl that kept it there.” #ds106radio pic.twitter.com/hAzw3HIMbB

Stories and reflections from the band members, and inspired by David Kernohan’s awesome show on Friday about U.F.O.rb I tried to keep up the standard of providing some context and continuing to tease out that moment of music (namely 1993) from my perspective.

Another #vinylcast in the books, thanks for listening #ds106radio #nobody